Common wisdom tells you that french press coffee is better than coffee from a percolator but what would you think if I told you that wasn’t so clear cut of an opinion? Is it actually possible that percolators can make coffee as good as or better than a french press? I say it’s possible but … Read more The French Press vs. The Coffee Percolator: The Debate Rages On

The first alternative coffee maker I ever used was a French Press. It was simple to understand and to use and for the most part if gave me a really good cup of coffee that was entirely different from the kind of coffee I made out of the drip machine I had used so many … Read more What is the Best Manual French Press Coffee Grinder?

Though these two devices have stood the test of time and fairly gained their fame, it is always a nice idea to compare and contrast them, seeing which specific characteristics made them so vastly well-known, so popular with coffee lovers and so timeless. The moka pot main feature is that it is a stove-top artifact. … Read more Classic And Timeless: The French Press vs. the Moka Pot

While we have gone on and on about the blessings of using a French press in several separate occasions, we have never had the opportunity of talking about one of the most modern and newest devices especially crafted to brew a cup of coffee that is different from everything we know (or at least that’s … Read more The Classic And The Newcomer: The French Press vs. the Aeropress

As it almost always is when it comes to coffee and its brewing process, choosing the right elements to do so may be what separates an average beverage from that amazing cup of coffee that you need to start your day off with the right foot. However, this may be easier said than done, having … Read more From Japan to France: The Hario v60 vs The French Press 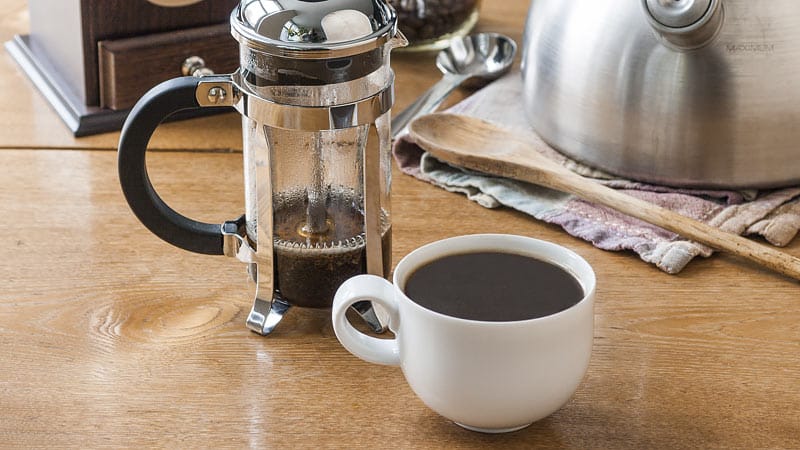 Tired of plain-Jane drip coffee? Yep, me too. There’s a big reason why so many coffee lovers are turning to alternative ways of making coffee; many of the alternative methods simply taste a heck of a lot better. In my home I frequently make french press coffee in the morning because I can make a … Read more French Press vs Pour Over Coffee – Which Is Better? What’s Best?

Bodum, Inc. (also called BODUM plainly) is a Danish company that specializes in table and kitchenware. It was founded in 1944 by Peter Bodum. His son, Jorgen, later became the new chief executive officer and moved the company to Switzerland. This company, among many other items, produces French presses, vacuum coffee brewers and beverage glasses made … Read more What Is The Difference Between Bodum Chambord And Brazil